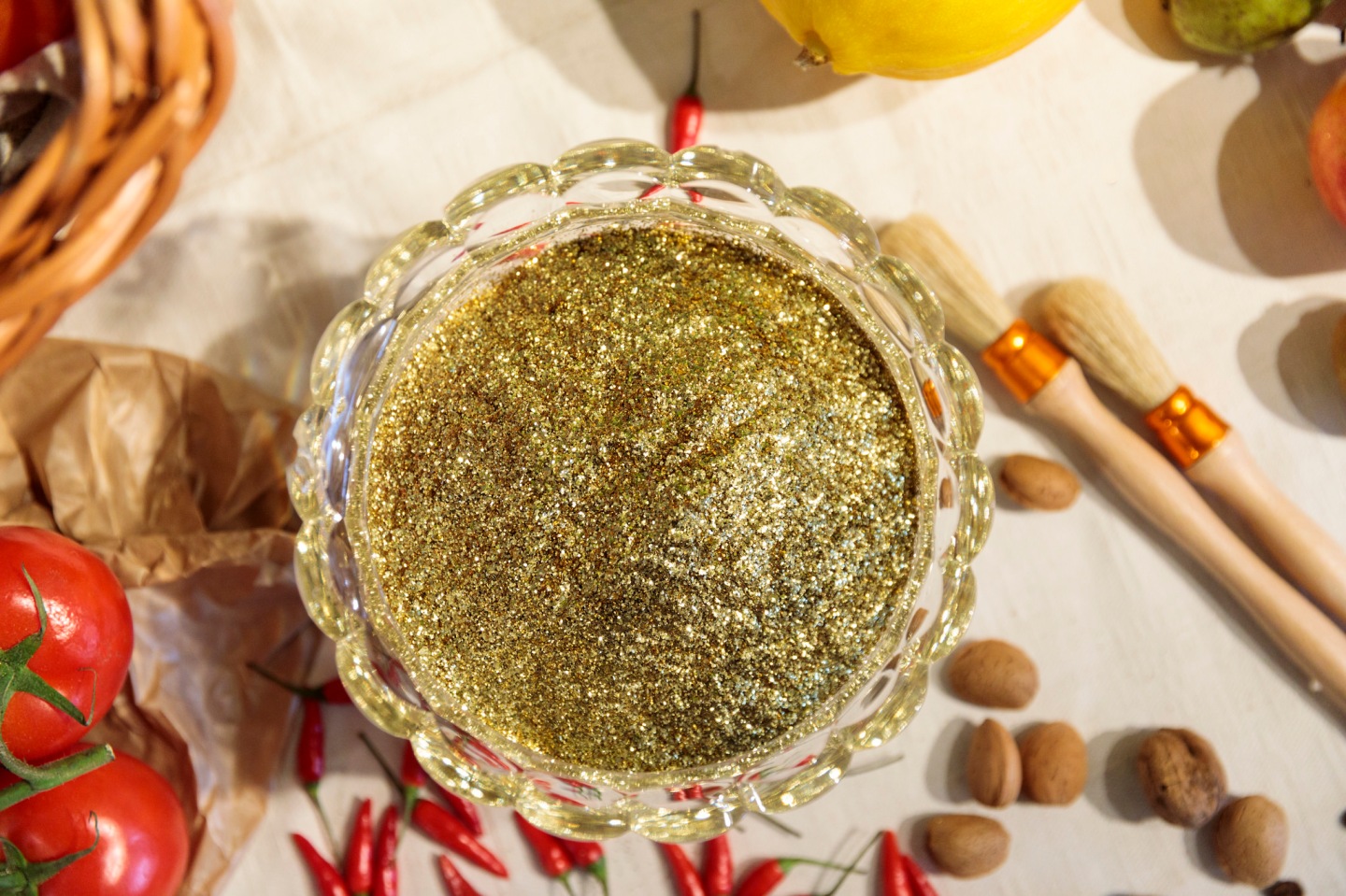 FEAST OF POLLEN GOLD
by Christina Stadlbauer and Ulla Taipale

Melliferopolis was invited in 2016 by Finnish curator and artist Jenna Sutela to propose a new artwork for an exhibition at Art House Kirpilä, Helsinki. Kirpilä’s collection consists of mostly Finnish paintings and sculptures by Juhani Kirpilä (1931-1988), who used to celebrate the yearly blooming of the horse chestnut trees by giving a party for his friends in May.

The commissioned artwork, Feast of Pollen Gold, comments on a dystopian near future scenario, where a lack of pollinators causes a drastic reduction in the fruits and vegetables that we are used to consuming as part of our daily diet.

The installation consisted of two tables as still life compositions, one representing our current situation with plenty of choice, and another representing a future without insect pollinated food stocks. The vegetables and fruits were all fresh and regularly changed during three months of exhibition. 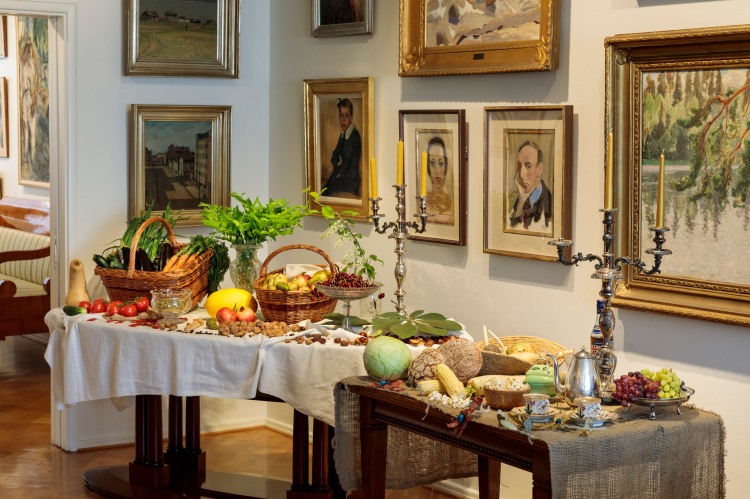 To celebrate the opening of the Table Scenes exhibition, a silent ritual under the title Pollen Gold was performed by Christina Stadlbauer and Ulla Taipale. The performative action was inspired by the industrious activities of honeybees and commented on the increasing loss of wholesome habitats.

During the performance, the celebrants become part of a symbolic act mimicking the tireless choreography between pollinators and their environment. A range of flavours, such as real pollen grains and blue popcorn accompanied the evening, inviting the audience to explore the alien world of insects through taste and smell.

…the pollens, love-ferment of every flower of spring…
pollinators, wearing gloves and veil;
pollen gold, keeping the feast going…

Is the moment to enjoy the abundance perishing? Flowers attract pollinators, but will the feast have enough blossoms and celebrants to nurture them?

To see the photo documentation by Antti Ahonen, enter here:

Feast of Pollen Gold is an installation and still life composition by Christina Stadlbauer and Ulla Taipale. It was exhibited as a part of Table Scenes exhibition 28.5.–30.8.2017 curated by Jenna Sutela. Kirpilä Art House, Helsinki