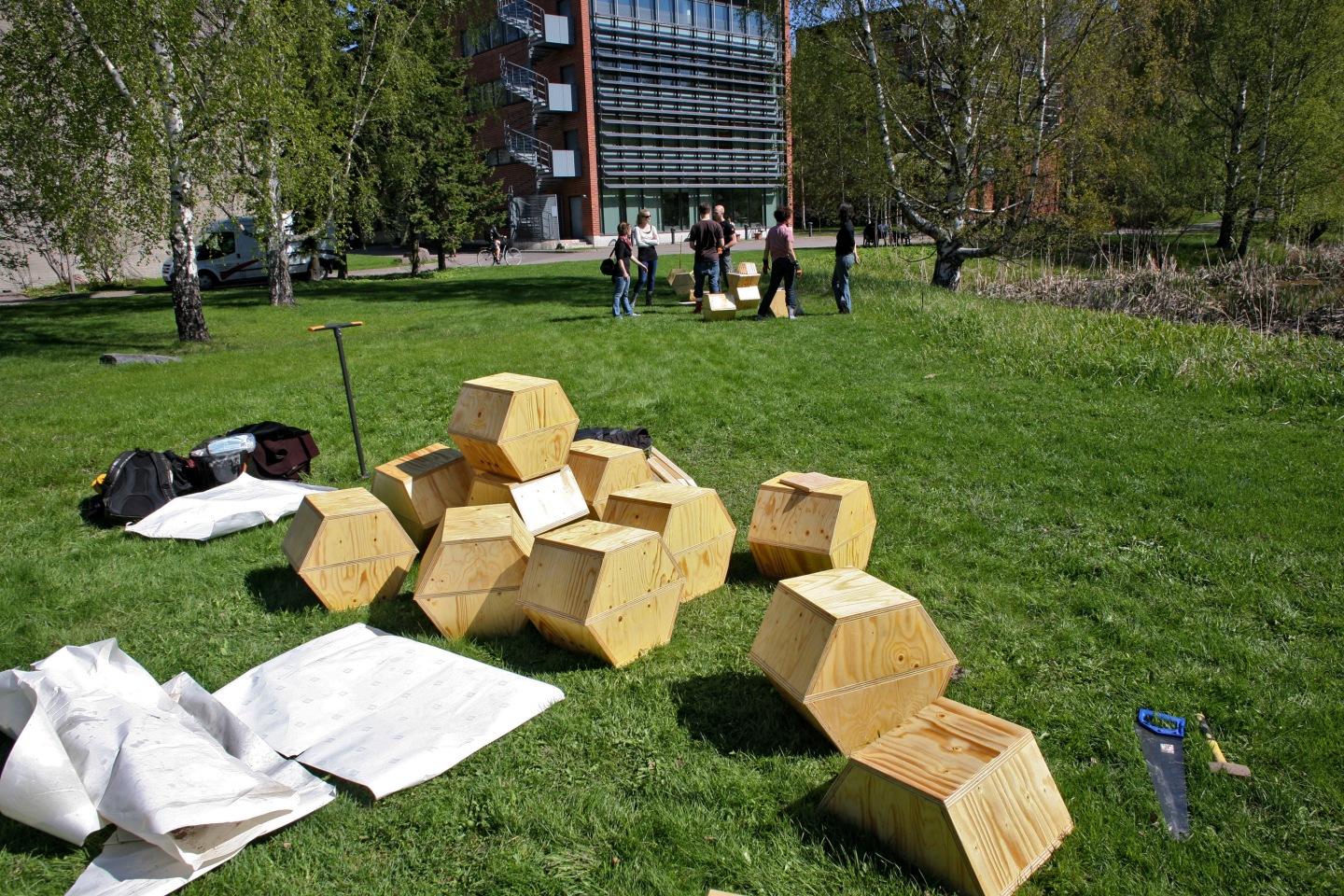 The article Inter-species encounters at the “Hexa-Hives” reflects in detail on the Hexa-Hive village and its effect on the inhabitants of the city. It was published in the Urban Forestry and Urban Greening magazine, Volume 30 in March 2018, within a special issue on urban gardens. Please find an abstract here.

Hexa-Hive Village is an outdoor installation with colonies of honeybees, first installed in 2013 at the Campus of Otaniemi, Aalto University as part of Biofilia – Base for Biological Arts.